Maybe it was the June Peruvian shamanic despacho ceremony, but lately I feel like I am living in synchronicity-land. It was an ayni despacho ceremony, designed to bring one’s life into balance and harmony, removing blockages that stand in the way of your manifesting your highest potential. It is said that when you are in balance and harmony with the natural world then the universe actively conspires on your behalf. Based on the following events and a separate set of experiences I shall relate in a later post, it must have been a doozy of a ceremony.

It all started with the article of the day on DailyOm which was Messengers of Direction: Animals in Nature, a topic near and dear to my heart in light of my healing and teaching practice, shamanic and otherwise. I took time to join in the discussion, adding my two cents that I had indeed had wonderful and amazing experiences with animals as teachers and messengers, and referenced my recent article “Animals Healers, the Cats of Kitty Harbor.”

Then, over breakfast, I finished up this great novel I had been reading, “Manless in Montclair,” which concerns a woman who becomes a widow mid-life. She struggles with feelings of aloneness, searching for a man who can give her comfort and love, and who can be a father to her children.

After numerous dating foibles including some classic internet dating experiences, she draws on her background as a publicist and comes up with a very creative and early version of viral marketing combined with the reward system. Whoever circulates her email amongst their friends, resulting in matching her with the man who ultimately becomes her husband, gets a vacation for two to a location of their choice. The campaign snowballs and she finds herself questioning her life, her motivations, and what she really wants.

Without spoiling the end of the book (I hate it when that happens), I think I can safely say that she concludes that it is not the goal that counts, but the people along the way and the joy that the journey brings, a theme that is woven through the book by focus on the word “naches,” the Yiddish word for joy.

I found myself shedding a few tears along her journey, resonating with her process that strongly paralleled my own relationship hurdles. I found myself thinking that I might yet overcome the issues and pitfalls that had marred my search for a romantic partner, and as I reflected upon all that I had learned along my journey I could recognize the gifts woven in amongst the challenges.

Still musing, I stepped outside for a moment to enjoy the sunshine, along with my cat, Kiya. The juvenile starling that had been feeding at the suet feeder flew to a nearby branch and began to berate Kiya for disturbing him, continuing to object as I attempted to reassure him that she meant no harm. I told him that as long as I was there she would behave herself and leave him alone. He was joined by an adult starling who was evidently familiar with me and who simply sat and observed.

As we were all communing I heard a rush of wings and a small blur sped by, a hummingbird questing for flowers. I thought he had gone, but before I could blink he was back, hovering eight inches from my face. I could see the iridescence of his feathers clearly, and the colored patch at his throat designating him a male. I was so delighted that I began speaking out loud to him, telling him how lovely he was. He stayed there for a good bit, perhaps 45 seconds, occasionally making that little “tick” sound that they do, and then just as suddenly as he had arrived, he flew off, leaving me standing there with a smile on my face and joy in my heart.

Returning to the house I wondered at the timing of his appearance, was there some significance? In the Peruvian tradition hummingbird represents strength for the long journey as we reach for our highest potential, but it felt like there was something more.

Opening up my copy of Animal Speak: The Spiritual and Magical Powers of Creatures Great and Small, I began to read about hummingbird as messenger. I got no farther than the first few words of the keynote “Tireless Joy and the Nectar of Life.” Quickly scanning, my wonder grew, phrases leapt out at me, “Anyone who has ever seen this tiny bird is filled with a sense of wonder and joy,” “associations with relationships, past and future.” I laughed aloud over the description that hummingbirds have knowledge of how to use flowers for healing, in addition to the amusing knowledge that my name is Rose and I am a healer, it seemed a clear enough message that as a healer I could access my own inner joy.

Whatever the ultimate message, the beauty of the journey that took place in the span of an hour or two that day, woven as it was from an article on the internet, a book, and a hummingbird, is one that I shall hold close in my heart. When the going gets tough, as it does from time to time, I will be able to pull out the sunlit memory of my tiny hummingbird messenger and the nectar of joy that I felt in that moment.

Photo by Rose De Dan©2008
Note: The photo that accompanies this article is of honeysuckle in bloom in Schmitz Park, the last old growth forest in Seattle, and a favorite food of hummingbirds and adults who remember the joy of tasting the sweet nectar as a child. It was taken shortly after the despacho ceremony mentioned in this article. Another piece of synchronicity?

While dining outside earlier this week enjoying my bagel with smoked salmon, capers and cream…

Size matters not. Look at me. Judge me by my size, do you? Hmm? Hmm. And well you should not. For my ally is the Force, and a powerful ally it is. Life creates it, makes it grow. Its energy surrounds us and binds us. Luminous beings are we, not this crude matter. You must feel the Force around you; here, between you, me, the tree, the rock, everywhere, yes. Even between the land and the ship. 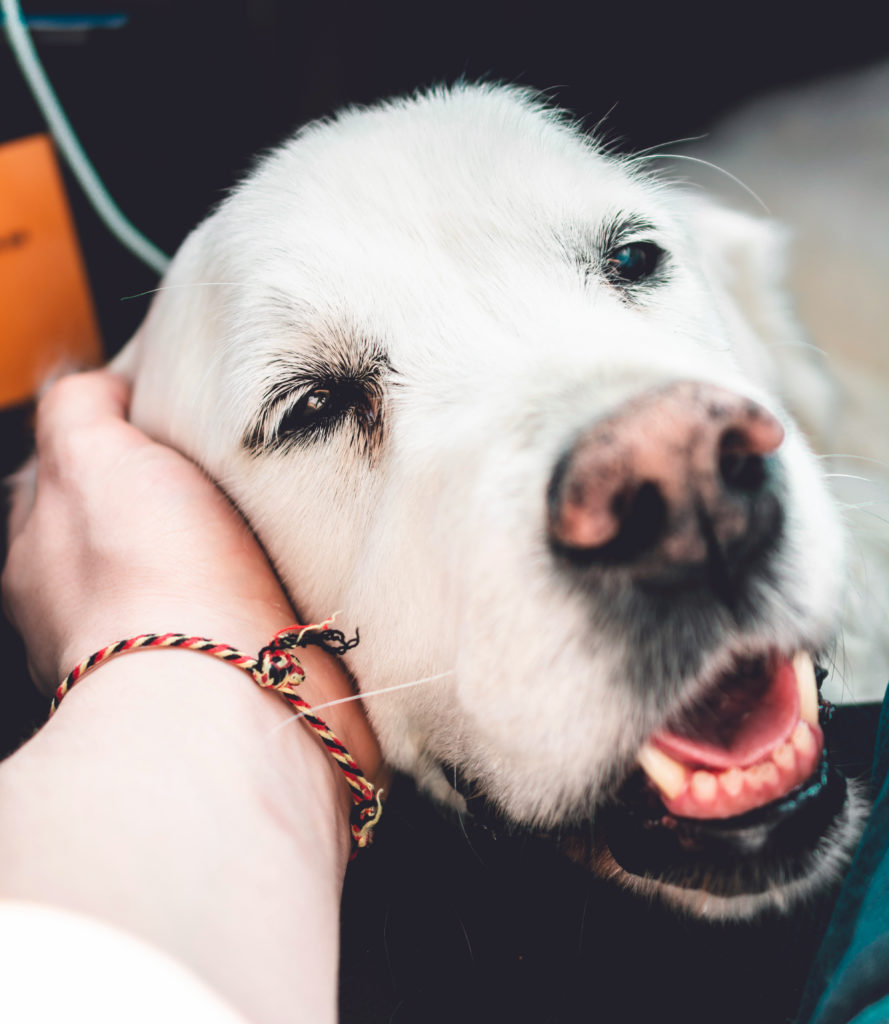 Interested in greater quality of life for your senior dog or cat?

I offer Reiki/shamanic healing sessions
OR
You can learn how to offer Reiki to your animal companion, yourself and others with my live Reiki home study classes.